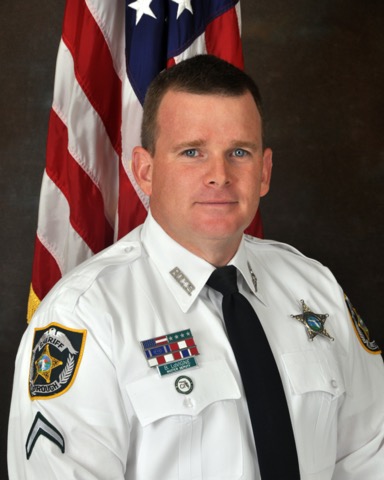 Hillsborough County Sheriff’s Office Sergeant Brian Roy LaVigne was killed on Jan. 11, 2021, while on patrol, after he quickly responded to a call to assist fellow deputies and was struck by a vehicle driven by a fleeing suspect. He had just one shift remaining before he would begin retirement.

Sergeant LaVigne was born on June 6, 1966. He was raised in Upstate New York and moved to Florida his sophomore year of high school, where he met a young woman named Cathleen, who would become the love of his life.

Sergeant LaVigne began a distinguished, 33-year career serving and protecting the community as a law enforcement officer with the Largo Police Department before joining the Hillsborough County Sheriff’s Office in 1990. He was devoted to ensuring the public’s safety and was held in high regard throughout the Sheriff’s Office and community.

Sergeant LaVigne had many talents and served in several areas, including special investigations, community outreach, and patrol, and as a school resource officer. He also served as a field training officer who mentored many deputies, including some who went on to earn high ranks and become members of the Sheriff’s Command Staff. A family devoted to public service, he counted his daughter among his colleagues at the Sheriff’s Office.

Many times decorated, Sergeant LaVigne’s honors include the Sheriff’s Office Life Saving Award in 2017, Deputy of the Half in 1992, Outstanding Squad Award in 2014, and numerous Mothers Against Drunk Driving recognitions for his tireless efforts against drunk driving; and

Sergeant LaVigne also had a great sense of humor and many interests. He earned a Brown Belt in Jiujitsu, became a certified Spanish translator after teaching himself to fluently speak the language, and mastered the bagpipes, and he was a passionate Tampa Bay Lightning fan and soccer coach who loved traveling and a properly poured Guinness; and

Sergeant LaVigne had a positive impact on all the lives he touch through his work in law enforcement, as a father and husband, and as a friend and neighbor to countless Tampa Bay residents.

A memorial account has been established for the family of Sergeant LaVigne. Donations can be made through the Lynn Sowers Memorial Foundation.